Song Private is the songwriting Division of the Dust Group. Song Private writes songs for advertisement, TV, Movies, companies, bands, individuals and anyone else interested in a song for their needs.

Song Private has written several songs and was selected by ReverbNation as a “Featured Artist of the Week” July 31, 2013 -- August 6, 2013. The songs written by Song Private have received consistent good reviews. (See below)

“Intro was, while a little dull, distinct enough that one will know the song in the first few notes played. Drums and guitar were very simplistic but in this song, that was actually a positive. If they had been more complicated, it would have taken the focus off of the real treat of the song, and that is the vocals and lyrics. The vocals were in tune, on pitch and the voice was extremely pleasant. What I loved the most, though, was the arrangement of the music and the voice drop down while singing the lyrics. It made the song very intriguing as it was not linear and predictable. The lyrics were also enjoyable and the chorus is definitely going to be easy to remember, recognizable and fun to sing. This song was light hearted and enjoyable. I can see it being a song that no one has heard until some director used it on the soundtrack to a very popular and well liked movie. Because of that, this song could easily rise up the charts to become a hit. Top 10 hit? Maybe...depends on the movie.”

“This is a pretty good song. It starts out pretty acoustic in the beginning, but then it turns into a nice pop song. But then the chorus hits! Double time! Wow, I was just listening as I type this and it just hit me like a bag of musical bricks, and I loved it. The singer in this song is also really good; his voice is just perfect for the style of song you guys did. And wow the chorus just started again! I love it! Haha! And now it 's at half-time, and although a lot of songs would have a really awkward transition from double-time to half-time, you guys nailed it. And then after that, there's a transition that puts cool effects onto the vocals, which helps add to the tension. Then it builds up, and double-time again. Just like I said before, you guys did this well. My only qualm with this song was that it kind of ended abruptly. Like, the singer was like, "Fly awaayyyy-" and then the song just ended and left me thinking "Wait, that 's it?" So if you were to revise this song, I would try to add in a less abrupt ending. But hey, everything before that is great. Good stuff.”

Where to Find Us: 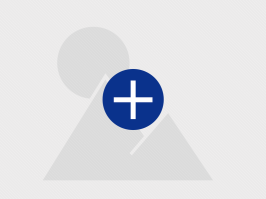 To accomodate our customers' busy schedules, we have extended our hours and are now open later.